On Saturday I went and climbed my first of the 46er mountains in the Adirondacks, Cascade and Porter, considered two of the easiest to do. And it showed, based on the number of people at the top. It was recommended to go up Porter at the split of the trail, then go back and finish Cascade, which turns out was a good idea. So two down, forty four to go. On the way back I stopped and got a picture of the Morehouse Town Hall. The video below is a 360 degree view from the top of Cascade. 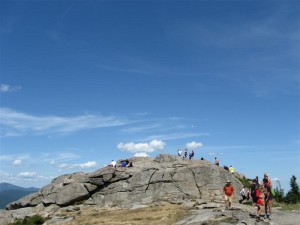 360 degree view from on top of Cascade