On Sunday, after staying over in Plattsburgh, I headed out to Loon Lake Mountain, and a hike to the fire tower that was only re-opened to the public in the past few years. I had read plenty of info on where to find the trailhead, to the point I thought I recalled seeing a picture of a DEC trailhead sign. I had the approx location of the trailhead in my GPS, but when I saw no signs when it said I arrived, I kept going. I was almost 4 miles past my destination when I decided to turn around and go back. I knew it was near the Grass Pond Fishing Access parking lot and figured I’d park there and walk the road instead in case I missed it. Turns out my GPS was within 10 feet of where I thought it was.

Turns out the only clue that this was the correct gate was a small yellow trail marker on the right post, partially hidden by some branches…

You start out following the logging road, for about 1.2 miles according to my GPS.

If you’re lucky, “Chippy” will stand still while you get his picture, even though you’re only 2 feet away

Soon, you’ll come to the trail split sign, which points to what I’ve seen refered to as a skid road.

There were also some wild blackberries growing in this area.

Most of this portion was covered on both sides by trees, but there was one spot where you could get off to the side and see the fire tower at the top, just visible in the middle of this picture

Soon after, the trail goes from being a skid road to a herd path, right about the point where the trail markers become more prevelent, and you can make out the old blue blazes on the trees

There are also five bridges to cross over some dried up streams, probably due to the lack of rain. The first one was in decent shape…

The other four bridges, were in rough shape

The bridges end somewhere around 1.75 miles, and the steep climbing begins. Trail markers become few and far between, or sometimes, you have three in a 25 foot distance.

It can also get rough in spots getting through

Eventually, once you’re almost to the top, the trail takes a hard right turn, and up a three foot embankment to a much smoother herd path

The tower itself can not be climbed, due to the condition, they’ve removed the lower staircase to help keep people off of it

But you still get some nice views 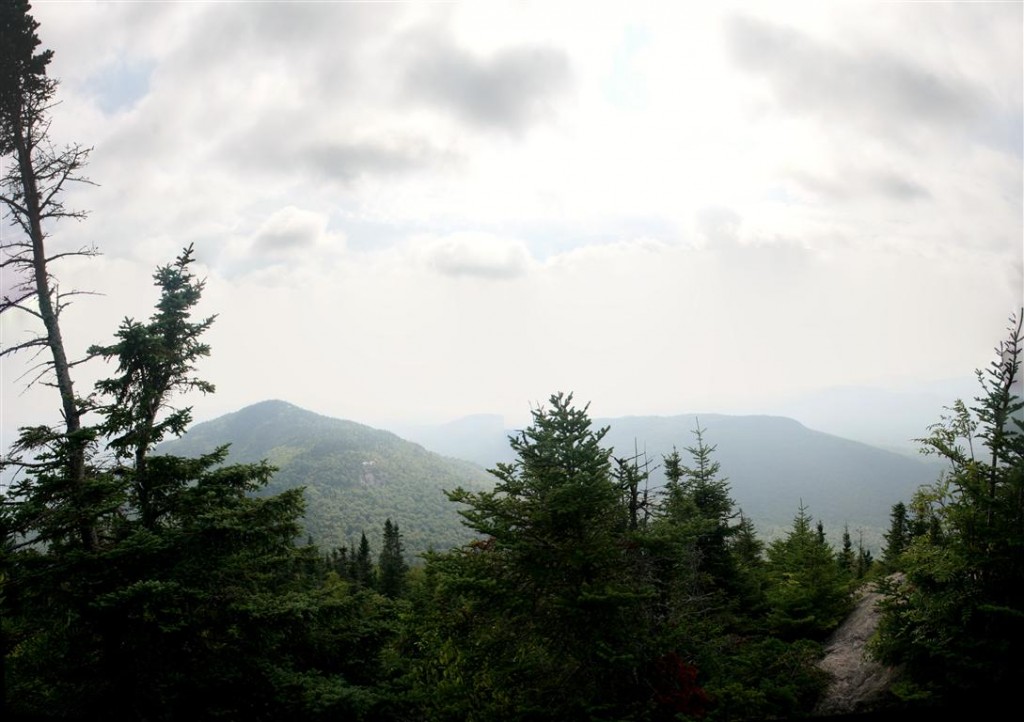 It was windy up there that day, and due to the forecast of rain, I quickly got those pictures, and a short video of the summit

Then, packing up my camera, headed back down. I was a little more then halfway when the rain came down hard, for about 10 minutes. Glad i packed my rain jacket. That makes number 19 of the 29 fire towers I have hiked, 12 of those have been this year alone.

To see all the pictures from that day, click here