(*not all fire towers may still exist)

I’d been planning on this since late last summer, early fall, but the weather and work prevented me from going, and this spring with all the rain also put a damper on things. So I finally decided on my day off to go. Picked up Dad and off we went to check out four locations that at one time, had a fire tower. The goal was to see if there was still evidence at the sites of their former use. It looked like all of these I may be able to drive right to, the only question was the condition of the roads.

This was the tallest fire tower within New York State equipped with an International Derrick Model 1933 the tower measured 99’ 9” to the floor of the cab. The fire tower was dismantled and removed from the site in the mid 1970s.

I had put an approximate location in my GPS, and it had me taking the most direct from the west side of the state forest. Very quickly the roads went from dirt to, according to the sign, “minimal maintenance road” style. 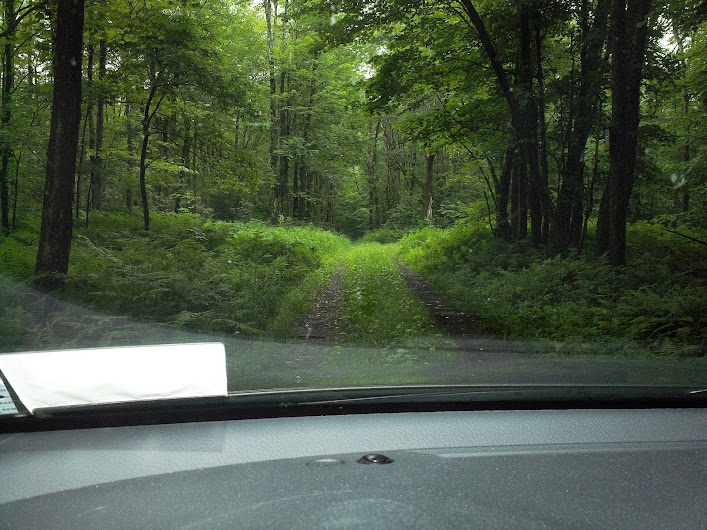 And with all the rain lately, some puddles to drive through 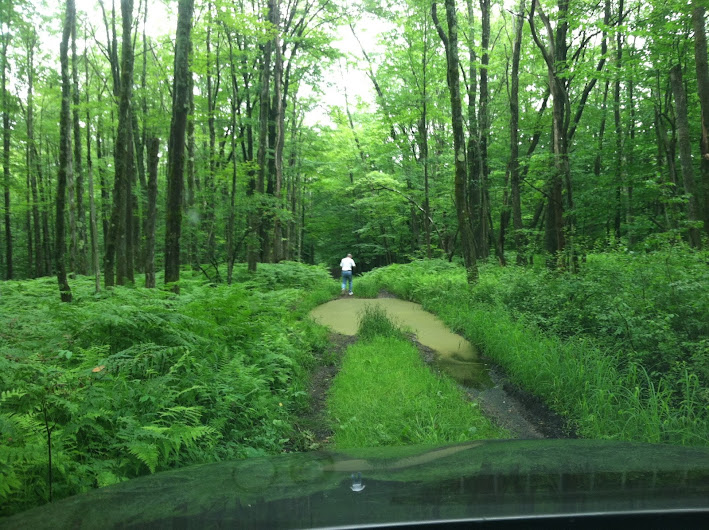 Eventually, I came across one section that we determined was much too deep to get through, so we turned around and headed out. The second attempt was from the north, but eventually we came across a gate and had to back out that way also. I was considering giving up entirely, but looking at the map, I thought I could go in on a road farther south than my first attempt. Sucess! After about 2 hours from my first attempt, I reach a clearing were the tower was originally. 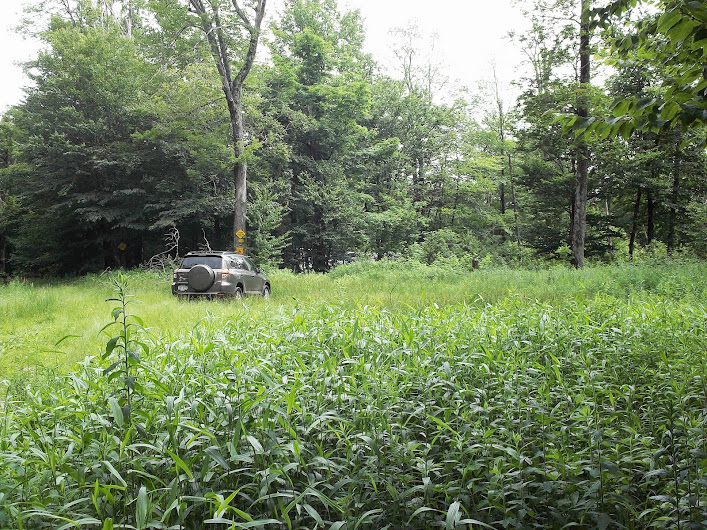 When we first came into the clearing we noticed some flagging off to the side, and that’s where we found the original footers and steps to the stairs. 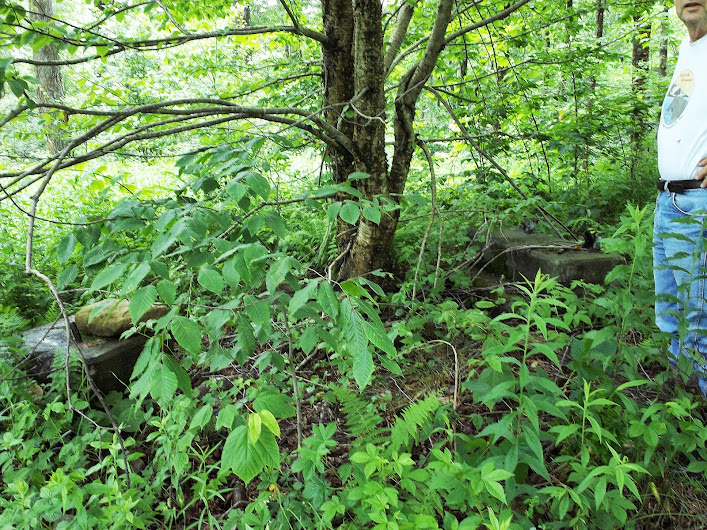 At the far end of the clearing is a gate to someones private property, and on the other side, you can easily see the original observer cabins and outhouse. 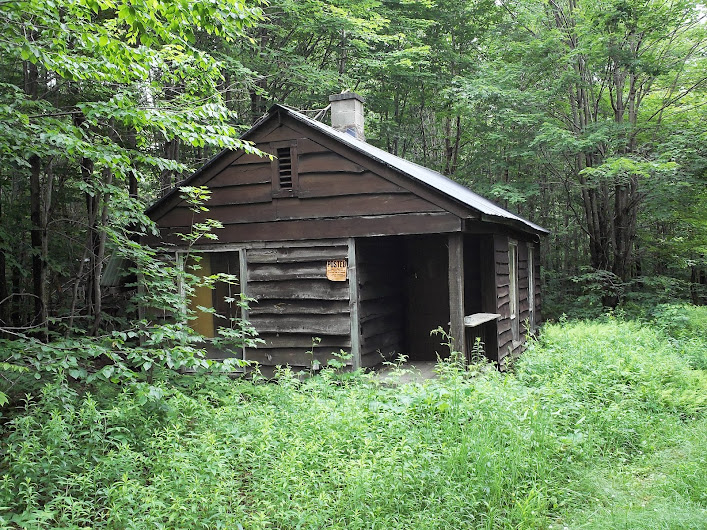 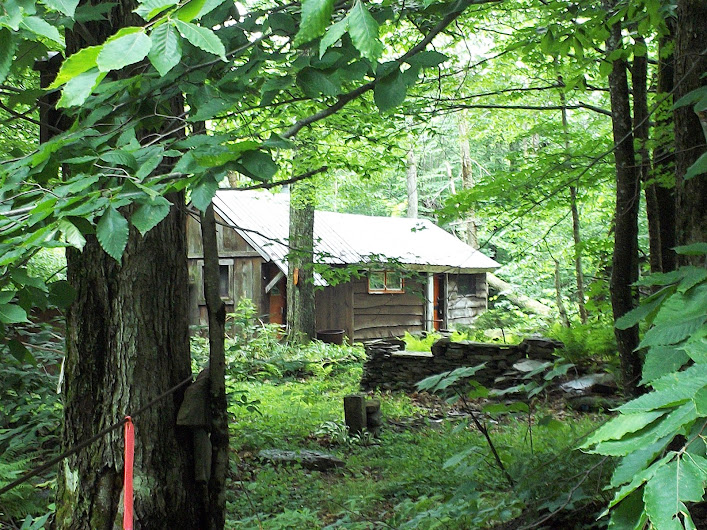 On the way out, taking a different route, we encountered another flooded out road, so more back tracking. 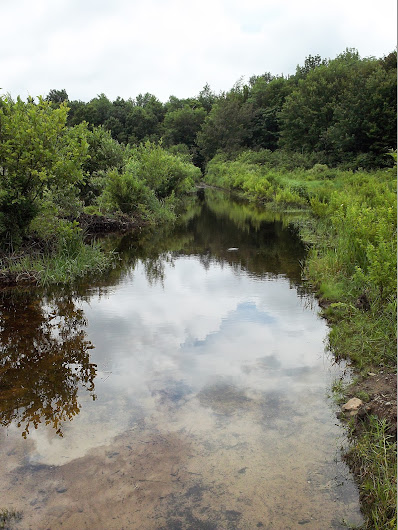 Penn Mountain was not much to see, after driving up a muddy, rutted, sinkhole of road, and finally getting stopped by this, less than 200 yards from an open area were I would be able to turn around. 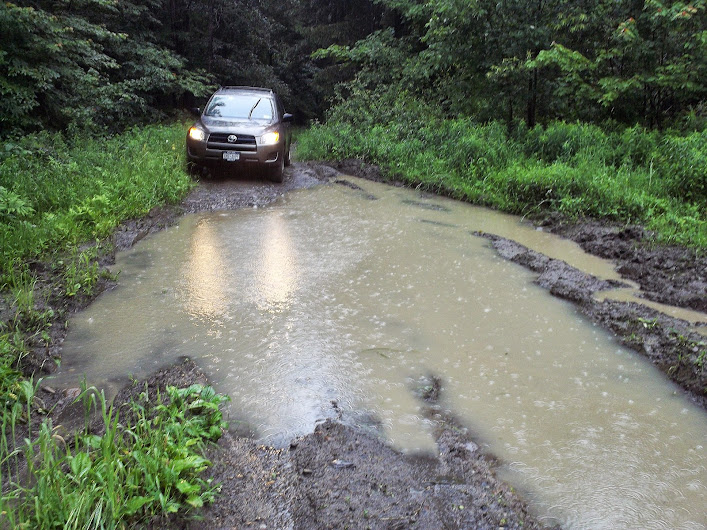 Add in the fact it was pouring rain and we could hear thunder, it was a rush up, find the footers, and get out. 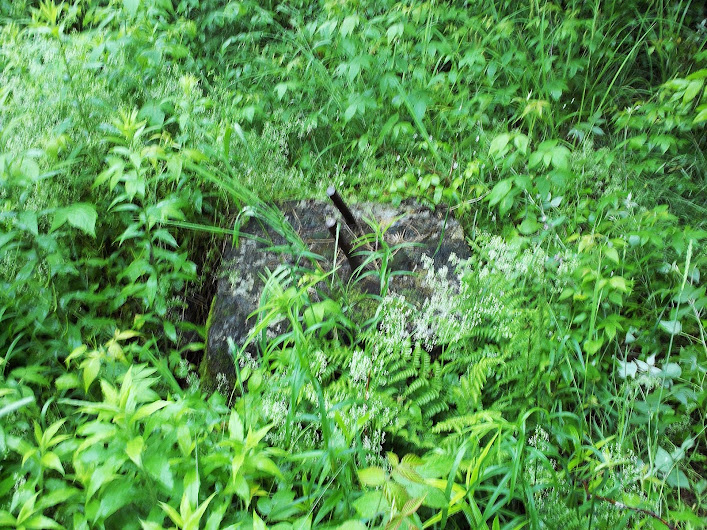 Gomer Hill was the easiest of the day, roads in good condition the whole way. The tower itself still stands, it has been re-purposed as a radio tower. 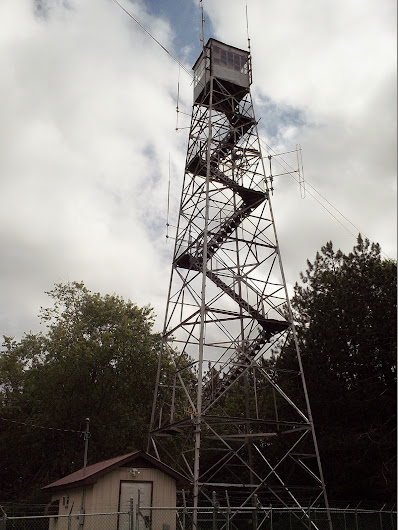 And there are additional towers there also. 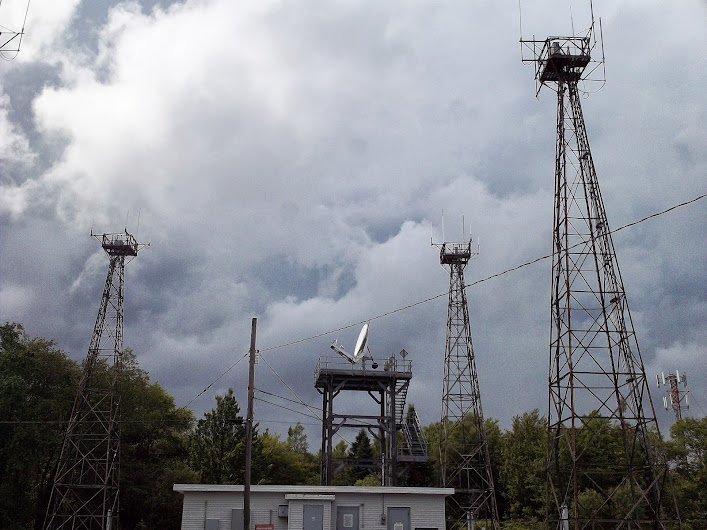 No attempts were made to climb any tower.

This fire tower was erected in 1927 on the lands of the ‘Mad River Club’ via an easement. Around 1963 the President of the club began questioning why a state fire tower stood on club land. Apparently the easement of 1927 was not that binding therefore a crew of Forest Rangers dismantled the tower and re-erected it on the opposite side of an adjacent road which is on state land. It could be that the land where the tower was moved to was not under state ownership in 1927, or most likely the tower would not have been built on club lands.

This one was the hardest to find evidence of. We found what looked like broken up cement and some metal, which from the shape and size we think is part of the roof. 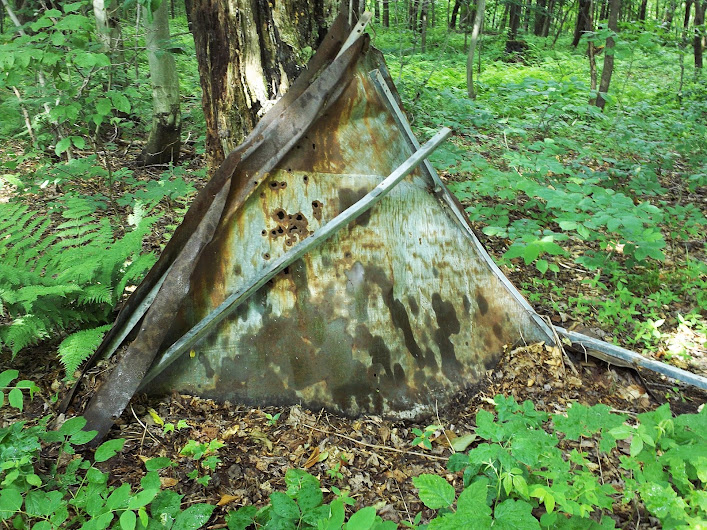 I have another 3-5 planned out, just need another decent day off from work to go check them out. To see all my pictures from today, CLICK HERE.