On Thursday, having driven down to NYC the night before, I went to the Rock And Roll Hall Of Fame induction ceremony, at the Barclays Center in Brooklyn. Peter Gabriel was being inducted, and when I heard that, I knew I needed to go. I got to my seat, knowing I was going to be in the upper deck, just didn’t realize how far up I’d be. 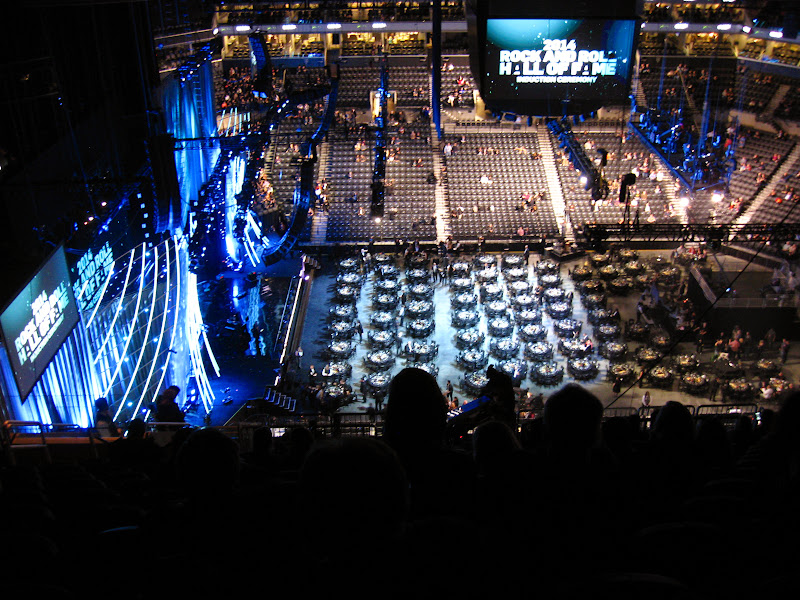 Now I know better if there’s a next time. Anyways, he was one of the first inductees, Chris Martin from Coldplay did the induction speech, which I think was one of the best of the night.

That’s not the complete speech, there was a lot more but I can’t find more than just a few quick articles online, not the complete speech. I did find Peter’s complete acceptance speech though. I opted to stick around for the other inductees though, and it was pretty much worth it. Kiss as expected did not perform. The E Street Band took 45 minutes with their acceptance speeches and I noticed I wasn’t the only one checking their watches among the people around me. I never knew that if it wasn’t for Linda Ronstadt the Eagles may not exist. If you want to know what Johnny Galecki (from The Big Bang Theory) will look like in 30 years, you only need to look at John Oates from Hall & Oates. The Hall made a good choice with having Nirvana close the show. I believe Kiss would have closed if they would have performed. But the end was anti-climatic. Just a simple announcement that the show was over and the lights came up. I would think they should have at least had all the inductees come back on stage for a group picture. But maybe after five hours (yes, it was five hours) they just wanted to get out of there.