Having seen several articles over the summer about this newly purchased area of land and the falls that up to now have not been able to be viewed by the general public, I decided to make the trek up to the Indian Lake area and check it out with Dad. There was enough information from several different sources to come up with how to get back there, the general consensus is you walk the road back about a mile to a trail that will bring you to a couple of overlooks of the falls.

We got to the road about 12:30, and it looked like we’d be the only ones today, since no other vehicles were in sight. Found a place to park, got loaded up and started up the road. 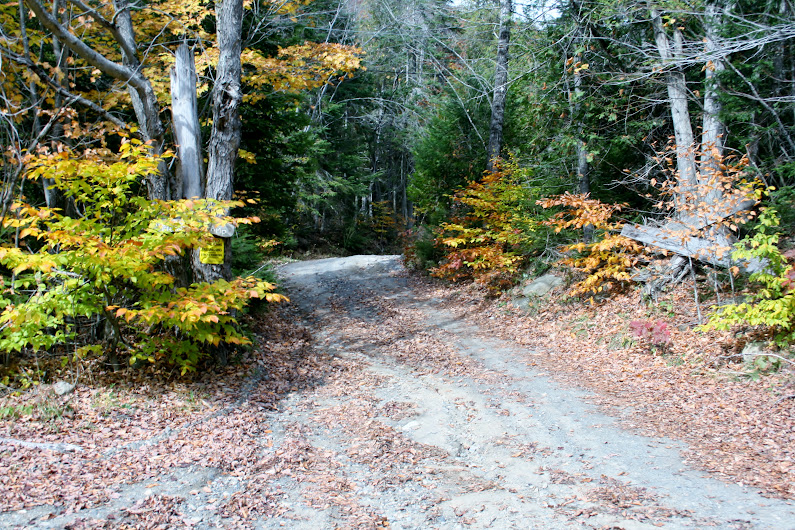 There are already new signs up, like a DEC Wilderness Area sign, and a No Unauthorized Vehicles Past This Point sign. Nothing though pointing out that this was the way to the falls. I had read that a couple people saying the road was not in good shape for passenger cars, I don’t know what road they were on, because this one was in great shape compared to some I’ve driven on last year (Pillsbury, Vanderwhacker) when working on the Fire Tower Challenge. 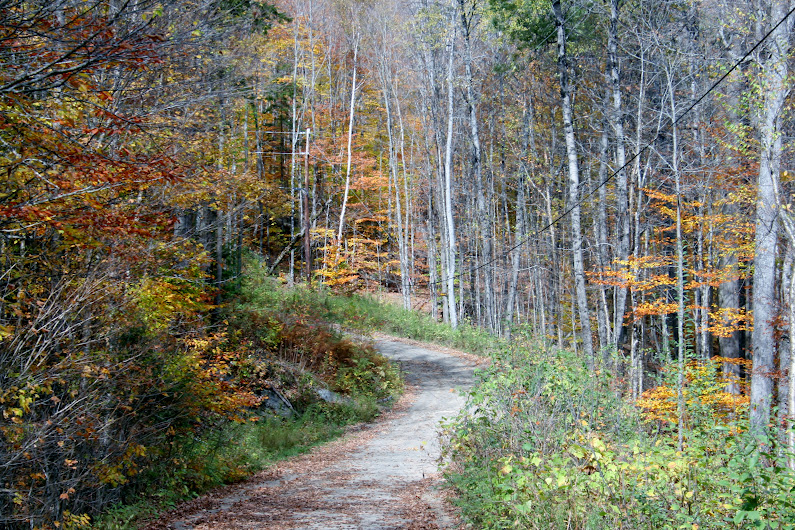 We did run into three people heading out, not sure where they parked, like I said, we hadn’t seen any other vehicles around when we parked. Eventually, after almost two miles (not the one mile that has been widely reported) coming down a hill we saw off in the distance a bright new DEC sign that simply said “TRAIL” next to the road. And sure enough, that was the trail to the falls. 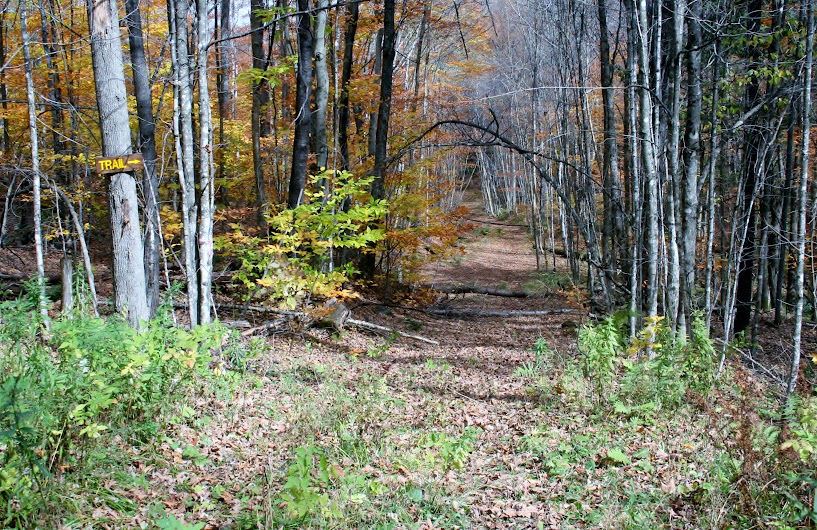 It starts out as an old road, that eventually shrinks down to a foot path. There’s a lot of rocks, mud, and roots hidden under the fallen leaves, so a careful step is needed. At around a mile from the trail start, we started to see several pieces of pink survey tape on trees and blue plastic squares on a side trail off to our left. 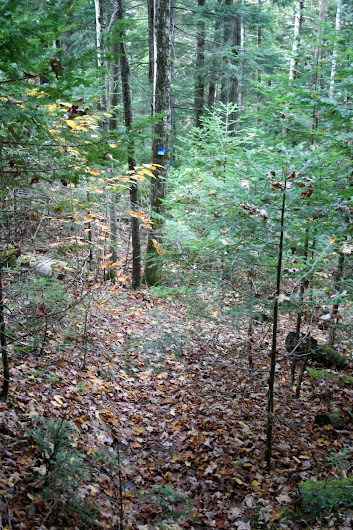 Following those, we soon hit a hand made wooden sign attached to a tree saying “Top Of The Falls” and through the trees you could just make out the top of the falls. Followed that path, and hit the first observation point, marked by another sign saying “OK Slip Falls” and our first good view of the falls. 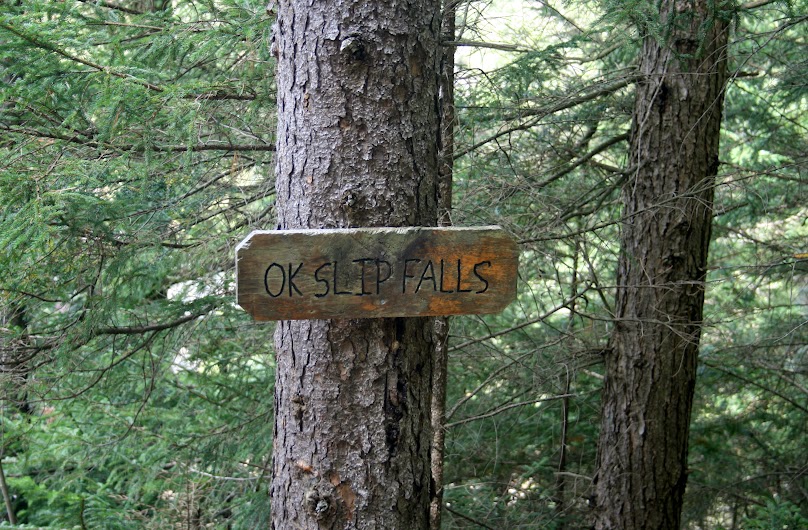 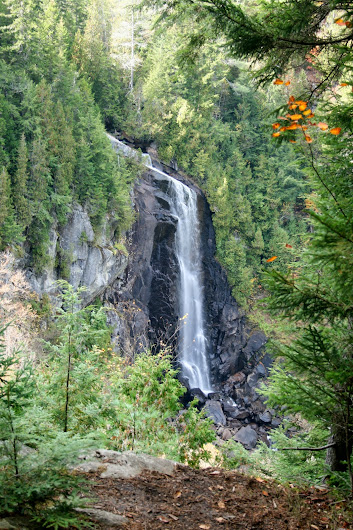 We spent a few minutes here, then continued on the trail to the second view point. It gives more of a look into the woods at the top of the falls, but no view of the bottom. 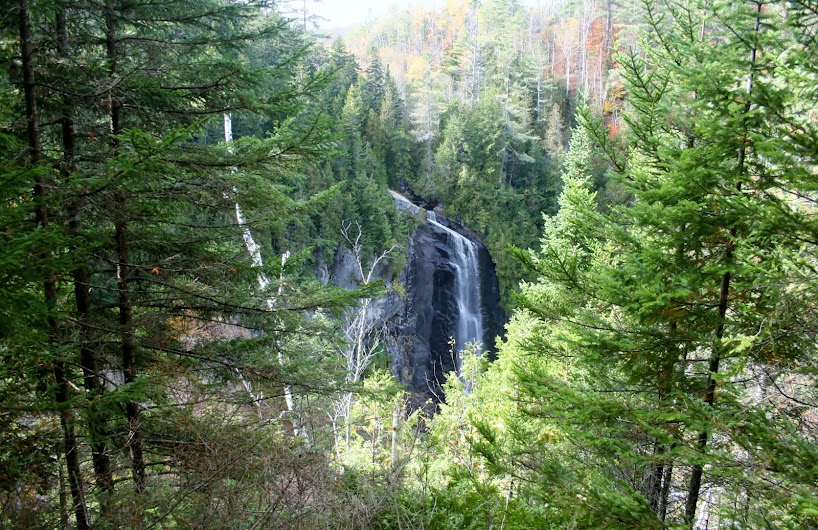 There is also a tree here with a painted yellow “X” on it, marking the end of the trail. And looking past it, you wouldn’t really get much farther unless you like sliding down a cliff. We decided the view from the first overlook was the nicer of the two so we went back there to relax and have lunch. After a while, packed up and headed back out. We got back to the car about 3:30pm, packed up and headed for home.

To see all my pictures from today, click here